In the past two years, the bar scene in Taichung has grown from having just a handful of bistros and pubs to being home to some of Taiwan’s most intriguing drinking spots. This year itself, a number of hidden bars are also making headlines with the introduction of the trending ‘space-within-a-space’ concept in the city. We are talking about secret and less-known bars inside a beef noodle shop, behind the walls of a luxury fashion boutique and places that transform from day to night.

It comes as no surprise that Taiwan is blossoming into a favourite destination for food and drinks in the next few years. 2018 Asia’s 50 Best Bars list has Taipei-based Indulge Experimental Bistro at 2nd spot while TCRC in Tainan (south of Taichung) comes in 25th place.

Many local mixologists and trained bartenders are also expanding their craft in cities outside of Taipei with their own boutique-sized bars. Each bar offers a wide range of classic drinks like the whisky sour, Negroni as well as everyone’s favourite gin and tonic. But in a competitive setting – like all Taiwanese beverage businesses – drinking places need to stand out with its own unique selling point. Creativity and singularity are highly recognised as the secret to a successful business in Taiwan.

As you plan your itinerary for your next visit to Taiwan, include the underrated yet vibrant city of Taichung; a mere 40 minutes southbound via High Speed Rail from Taipei. And set aside some time in the evenings to check out the most fascinating hidden bars the city has to offer. We won’t be surprised either to find these bars making the cut in the list of Asia’s 50 Best Bars next year too.

At first glance, you’ll notice two glaring huge cat eyes on top of the building’s entrance with a sign that reads ‘ALL CATS’. Preparing x Taichung – sandwiched in between the hospital and an apartment block – is a coffee jaunt by day and bar by night.The narrow space has an unassuming entrance of nothing more than three window panels and a door. The bar is absolutely cosy with an old-school vibe. For a start, order the ‘White Lady’, a gin-based cocktail with Cointreau, lemon juice and egg white. For something more unique, the Alpine Tea is a must-try; a mixture of rum, oolong and a Japanese roasted tea served in a traditional teapot.

It is hard to fathom a bar inside this gentlemen’s boutique selling luxury goods like neckties, hats and suits. The dandy-style shop is pretty as a picture but behind the mirrored wall is a hidden lounge for serious customers only. A password is required to enter (so make your booking beforehand). Immerse in an old-fashion bar with a specialty crafted cocktail and a wide selection of beer from all over the world.

It is normal to miss Ruler Bar — flanked by an apartment complex and wig ship — for first timers. The owner, Tim was formerly from Bar Alchemy, one of the top Taiwanese bars according to Asia’s 50 Best Bars 2016. This intimate bar serves one of Taichung’s best-crafted cocktail menus which is divided into several sections. There’s ‘Rule Not Always Right’ featuring classic tipples like Martini and Negroni, ‘Ruler Makes Rules’ which follows recipes like the Old Fashioned and Mojito to a tee; as well as ‘Rock’N’Rule’ with variations like Taiwan Mule using various gins and beers. If you’re a fan of whisky, take a chance on So-so, made with bourbon whiskey, sloe gin, Disarrono and Chambord, garnished with a slice of flamed, dried orange.

Goût Bar is tucked behind Chef Lanshu Chen’s beef noodle house Gout Bar.The newly opened bar is one of the very few a non-smoking drinking places that is surprisingly family-friendly.The spaces are also tastefully designed with elegant finishing to mimic the chic interiors of the noodle shop. Expect nothing less than elegantly curated cocktails including the Jasmine and Chrysanthemum; both perfumed with traditional floral accents of the familiar oriental flowers. The barmen are also extremely skilful when it comes to making all-time favourites such as bourbon whiskey sours, Martinis and Negronis.

Another repurposed historical building from the Japanese colonial era, this one used to be a Japanese martial arts compound where people practiced kendo and judo. Later, it was used as a dormitory for prison workers at a prison that has since shut down. It’s now the only remaining example of Japanese Meiji-era Wude Dojo architecture in Taichung. Periodic cultural events are held here, such as calligraphy and archery workshops. One one side of the courtyard is a small café, and on the other a traditional Japanese-style teahouse where you sit on cushions on the floor. The complex is pretty small, but it’s quiet and peaceful and worth a visit.

Bubble tea aficionados will probably want to make a pilgrimage to Chun Shui Tang, the place where the boba craze began. They do serve milk bubble tea made with soy milk, but only as part of their seasonal winter menu. At other times of the year, dairy-free bubble tea options include pearl black tea and pearl jasmine tea. You’ll need to tell the server how much ice you want, and how much sugar.  I had read that the “regular sugar” option was super sweet, so I went with a 50% sugar pearl jasmine tea. To be honest, I found it somewhat bitter and wished I had ordered regular. This place is apparently very popular with tourists, but it wasn’t too crowded when I was there.

This centrally located park has lots of greenery and a man-made lake called 日月湖, which means Sun Moon Lake. Don’t confuse this with the famous Sun Moon Lake about 70 kilometres away. That one is called 日月潭 in Chinese, which is more like Sun Moon Pond, even though it’s obviously the bigger of the two by far.

The lake in the park is a popular place to rent rowboats, and the gazebo out on the water is the oldest example of Japanese colonial architecture in the city.  I was here on a Sunday afternoon and it was very lively, with lots of people having picnics and some kind of festival going on. If you still have some time left in the day, from here it’s not too far to the Taichung Confucius Temple (see description in the next section). Just remember that it closes at 5 pm and is closed all day on Mondays.

Located among a cluster of art spaces, galleries and hip cafes, this hidden speakeasy bar is a great place for excellently crafted cocktails, art appreciation and for the occasional live music.

In the day, the bar functions as a coffee shop but transforms into a proper speakeasy once the sun goes down. Their team of bartenders are a convivial crew who are always game to come up with something new. We recommend the Royal Oolong Iced Tea, a twist on a classic Long Island with an earthier, more aromatic note.

Ahoy mateys! This pirate-themed speakeasy called Captain Joker focuses on rum-based cocktails and even go as far as to curate rare, exotic rums from around the world which they utilise in many of their house signatures. Mai Tai’s are a classic Caribbean-esque drink but by all means, get experimental and request for something with a little more kick to really shiver your timbers.

As one of Taiwan’s leading craft beer brewers, you’ll almost never find a craft beer joint without a couple of their brews available. They set up their Taichung outpost in a charming old government housing complex, sporting rustic, brick-lined walls and wooden textures. The bar boasts 20 taps featuring 15 creative brews by Taihu as well as an additional 5 taps that are constantly on rotation—mostly American-imported craft beer.

Unsure of what to order? Feel free to chat up any one of their bar crew who has all obtained the Level 1 Cicerone Beer Certification. 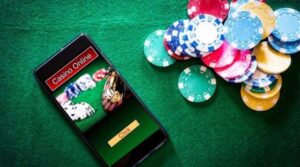 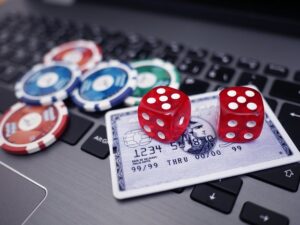